Last month, London Mayor Sadiq Khan, made some comments about air pollution which resulted in a significant amount of exposure in the media, some of a sensationalist nature, suggesting that wood burning stoves were to be banned.

Of course this provoked a reaction from industry commentators and suppliers alike. We wanted to take this opportunity to reflect on what was said and set the record straight.

Mr Khan did call for a potential ban in some smoke control areas at certain times of the year when air pollution was particularly bad in accordance with the Clean Air Act. This we presume would work in a similar way to hosepipe bans introduced temporarily when water levels are low.

His comments were made in recognition of the fact that recorded levels of air pollution in London were on the increase, that he had to raise the warning level seven times in last 13 months and that the tiny particles in the air that caused the most damage (known as PM2.5) appeared to be the resultant of burning wood.

How did industry react?

The reaction was pretty strong from industry. The Stove Industry Association were quick to point out the main issues were not with wood burning stoves, but the use of open fires in urban areas. They reported that according to the Department for Business, Energy & Industrial Strategy, 70% of the wood burnt in London is burnt on open fires, which is illegal in smoke control areas.

They added that older stoves should be replaced with new, energy-efficient, low-polluting stoves and highlighted the Ecodesign Ready standard to be introduced in 2022, which a number of suppliers products already comply with. 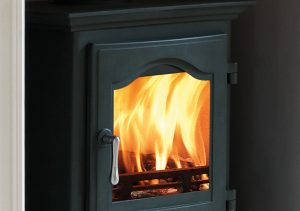 Chesneys highlighted that part of the issue with regard to wood burning stoves and air pollution, was that many consumers were burning unseasoned wood. They were keen to highlight that wood should be seasoned or kiln dried, preferably from renewable sources. This is seconded by Stovax on their website. The wood we supply is Woodsure accredited. 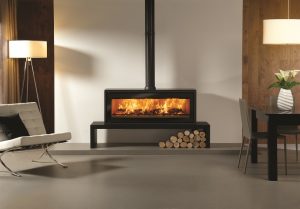 Chesneys advised that, “The clean-burn and air-wash technology that our stoves use substantially reduces emissions and contributes to a cleaner, healthier environment whilst delivering an outstanding level of efficiency.”

They also highlight on their website that each of their stoves can be used in smoke control areas safely and legally.

Members of the Stoves Industry Association like Robeys who import the Rais stoves – which we’ll be making an announcement about soon – were keen to point out that these products already adhere to the standards set to be introduced in 2022.

Are all wood burning stoves equal?

Well the answer is clearly that they’re not. The Department for Environment, Food & Rural Affairs (DEFRA) have published a list of approved wood burning stoves. From 2022 any inefficient polluting stoves that don’t comply with the new Ecodesign standards will be banned.

What should I do now?

If you are concerned that your stove doesn’t meet the requirements then do please get in touch and we’ll be able to clarify. If you’re thinking about buying a wood burning stove, then please be aware we only stock stoves from Chesneys, Stovax and Robey’s, each of which are DEFRA approved and/or Ecodesign ready.

Contact us about our fuel-efficient, low-emission wood burning stoves.